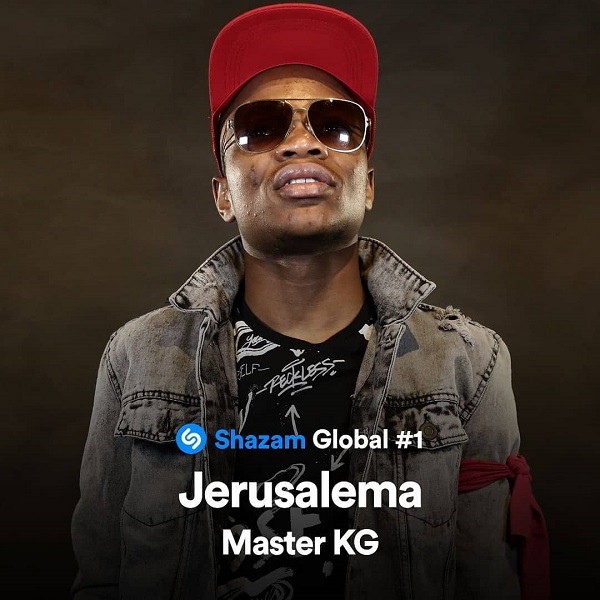 South African sensation, Master KG keeps setting new records as his single dubbed ‘Jerusalema‘ featuring Nomcebo becomes the number one most Shazamed song in the world.
Shazam is an American application owned by Apple Inc. The application can identify music, movies, advertising, and television shows, based on a short sample played and using the microphone on the device.

It was confirmed on Tuesday by Shazam on their official Twitter handle; @shazam congratulating Mastee KG.

“Congrats @MasterKGsa! #Jerusalema is now the most Shazamed song in the world,” the tweet read.

Congrats @MasterKGsa! #Jerusalema is now the most Shazamed song in the world 🎉 pic.twitter.com/S4pae4sV5N

On seeing this Master KG took to his Instagram handle; @masterkgsa to show appreciation to his fans worldwide.

“#Jerusalema Feat Nomcebo is Now Number 1 Shazamed song in the world..Thank You,” he wrote.

This feat means Jerusalema is making waves across the world, and people are keen to know more about the song the artists behind it.