Jada Pinkett Smith has denied having a secret relationship with singer August Alsina while being married to Will Smith.

Alsina, 27, saidthat the Suicide Squad actor gave him “his blessing” to have a relationship with his wife, and claimed they were together for “years”.

In a new interview on The Breakfast Club, Alsina said he approved the relationship ”due to the transformation from their marriage to life partnership”. Will Smith, 51, married Jada Pinkett, 48, in 1997.

Pinkett Smith’s representatives told The New York Post that Alsina’s claims are “absolutely untrue”. The Independent has contacted the actor for comment.

Alsina claims he “sat down” with Will Smith “and had a conversation” with him about having a relationship with his wife, whom Alsina is said to have met through their son Jaden Smith in 2015.

“I totally gave myself to that relationship for years of my life, and I truly and really, really, deeply loved and have a ton of love for her,” he said. 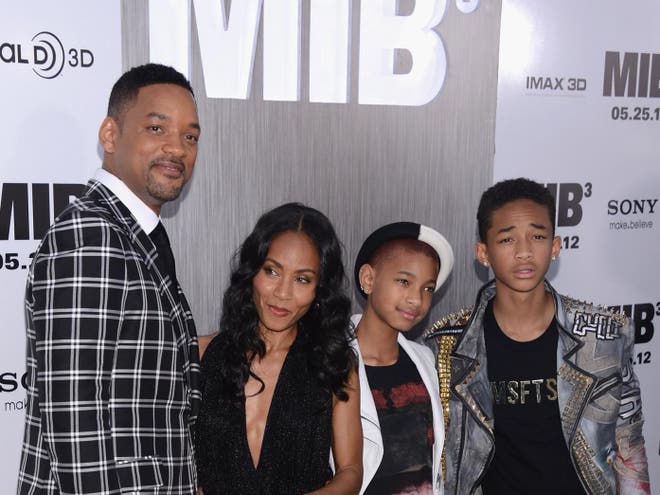 He said the breakdown of the romance “almost killed” him. ”I had never been in love in that way,” he said, adding: “It pushed me into being another person.”

Rumours that the couple have an open relationship began circulating after Pinkett Smith told The Huffington Post in 2013: “Will is his own man. I’m here as his partner, but he is his own man.”

She elaborated upon her quotes while speaking to Howard Stern in 2015. “At the end of the day, I’m not here to be anybody’s watcher,” she said. “I trust that Will is a man of integrity. So, he’s got all the freedom in the world.”

However, after reports of the pair’s relationship continued to surface, Pinkett Smith wrote on her Facebook page: “Will and I BOTH can do WHATEVER we want, because we TRUST each other to do so. This does NOT mean we have an open relationship… this means we have a GROWN one.”

The pair first met after Pinkett’s failed auditioned for a role as Smith’s character’s girlfriend on the 1990s series The Fresh Prince of Bel-Air.

Both have successful careers in the film and music industry, with the latter releasing hit song “Whip My Hair” in 2011.

Jaden’s film roles include The Pursuit of Happyness (2006), which he starred in with his father, and a remake of The Karate Kid in 2010.

Rumours of a potential romance between the pair escalated after the singer “received a text” from a person referred to by Pinkett Smith’s middle name in the music video of Alsina’s 2019 song “Nunya”.

He said that he “loves Pinkett Smith’s family like his own, and that the negativity he received in consequence of rumours about their alleged affair bothered him.

“Contrary to what some people may believe, I’m not a troublemaker,” Alsina said. “I don’t like drama. Drama actually makes me nauseous.”