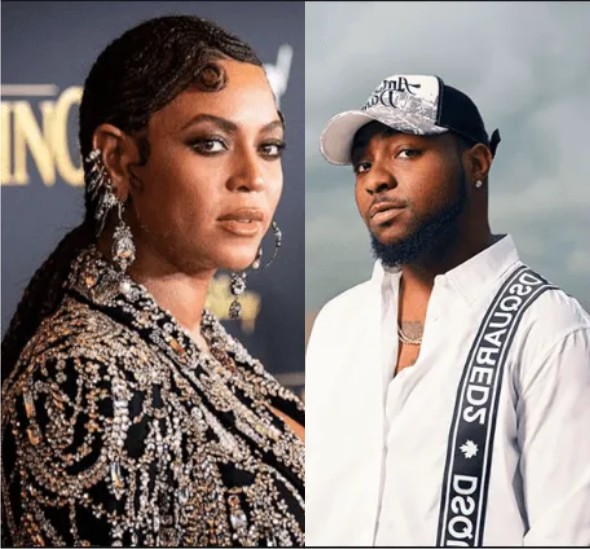 Nigerian music superstar, Davido is reported to have turned down a collaboration with popular American singer, Beyonce.

According to the claims, Davido allegedly turned down the collaboration simply because all African musicians to be featured on Beyonce’s “Lion King” album have to join Illuminati clan before being signed on the album.

According to the Nigerian man who made the claims on Instagram, all African musicians featured on Beyonce’s album are now part of the Illuminati clan.

Although this only a claim from an individual, but should it be true, then Shatta Wale, Wizkid, and all other musicians on the album are now part of the occult group. 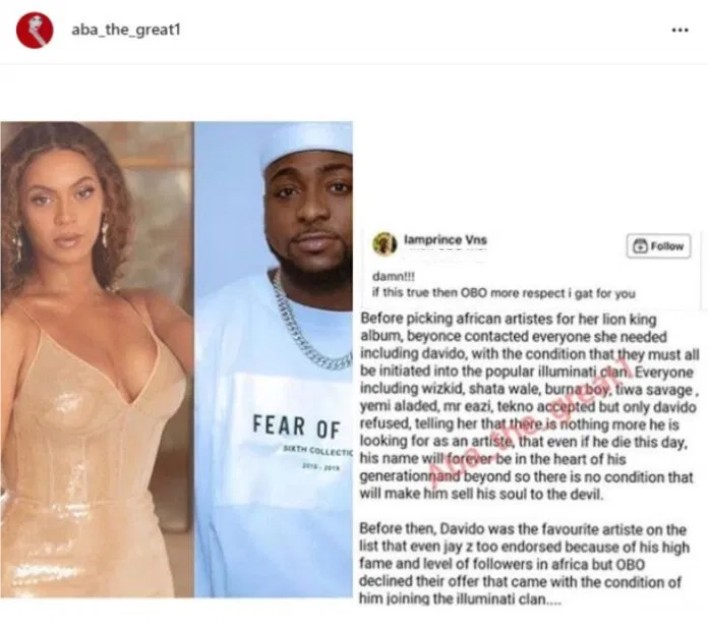