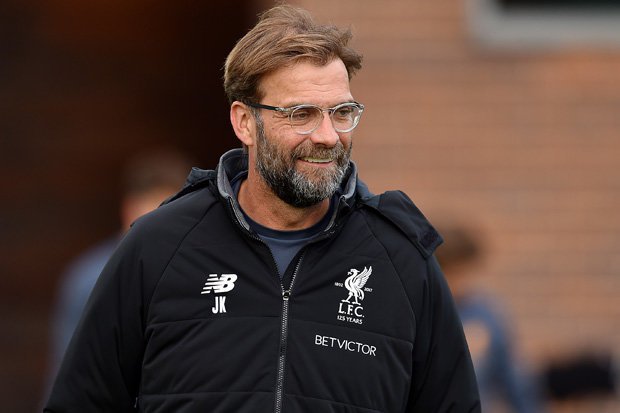 Jurgen Klopp’s legendary status at Anfield was secured on Thursday as he became the first Liverpool manager to win a league title in 30 years.

On Klopp’s first day in charge at Anfield five years ago he addressed players, staff and supporters, telling them: “If somebody wants to help LFC, you have to change from doubter to believer.”

Confidence was not high on Merseyside at the time. Klopp arrived with Liverpool 10th in the Premier League table after finishing a lowly sixth the season before. The German’s force of personality, charisma and coaching nous soon began a transformation that had been seen at Liverpool many years ago under Bill Shankly.

Trent Alexander-Arnold, who has developed into one of the world’s finest full-backs under Klopp’s watch, summarised his manager’s impact at Anfield.

“To change the whole club, to change everyone from doubters to believers, to get everybody thinking the same way, believing the same way and having the same dreams,” he said. “He just embodies the whole club. Even without being from the city, the country and being local, he just clicks with the club. He does it with every person — the fans, the staff and the players.”

Shankly took the reigns at Anfield in 1959, with Liverpool mired in trouble. The Reds had been in the second division for five years prior to his arrival. By the time the Scot stood aside in 1974, he had won three First Division titles and built the platform for his successor Bob Paisley to win three European Cups.

“Jurgen is more like Bill Shankly,” said former Liverpool captain Graeme Souness, who was part of Paisley’s side. “A great communicator, a showman and the leader of the pack. He is a great fit for Liverpool because he feels the emotion of the place.

Liverpool is an extremely emotional football club, with its history, its tragedies. You get that emotion when you go to Anfield and hear ‘You’ll Never Walk Alone’.”

Klopp’s ability to communicate and lead by example has been even more valuable in the difficult circumstances surrounding the Reds’ long wait to get over the line. Liverpool were champions-elect long before the season was shut down in March for three months due to the coronavirus pandemic.

Klopp admitted last week he had been concerned by threats to “null and void” the campaign, but always struck a measured tone, saying that if stopping the season “helps one individual stay healthy, we do it no questions asked”.

“Throughout the pandemic, he didn’t ever say anything that crossed the line,” said another former Liverpool captain, Jamie Carragher. “He always nails what needs to be said and how people are feeling.”

Heartbreak on the journey

The construction of a title-winning side has been five years in the making. Klopp’s ways took time to be accepted. After a 2-2 draw at home to West Brom in December 2015, many questioned the wisdom of leading his players to join arm-in-arm in front of the Kop to celebrate a late equaliser. There was plenty of heartbreak along the way too. Finals in the League Cup, Europa League and Champions League were lost.

Last season was one of a number of near misses over the past three decades as a club-record 97 points was still not enough to wrest the title from Manchester City. Yet, in contrast to other fine managers who came close to the title at Anfield such as Rafael Benitez and Brendan Rodgers, Klopp has turned that pain into glory.

Klopp delivered on his word to win a major trophy within his first four years in charge by winning Liverpool’s sixth European Cup last season — a feat even Shankly never managed.

“I will never compare with this fella,” insisted Klopp after breaking another of Shankly’s records with a 22nd consecutive home league win just before lockdown.

Yet, even for a great orator, Klopp’s actions speak louder than words. By finally bringing the Premier League title to Anfield, Klopp has followed in Shankly’s footsteps into Liverpool folklore.