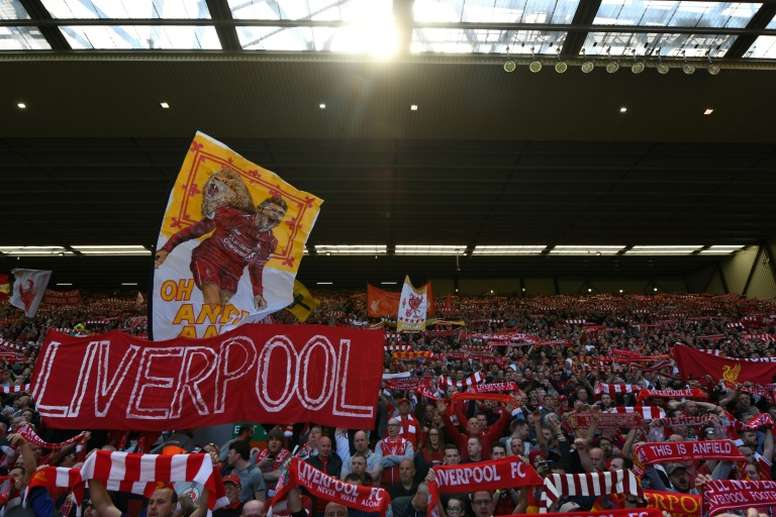 Premier League leaders Liverpool could claim a first title for 30 years at Anfield after the initial batch of fixtures of the restart was announced on Friday.

Jurgen Klopp’s men, with a commanding 25-point lead at the top of the table, were just two wins away from clinching the title before coronavirus forced the suspension of football in March.

Liverpool’s first match back is against Everton on June 21. The Merseyside derby is due to take place at Goodison Park, less than a mile from Anfield, but a venue has not been confirmed by the Premier League.

Wins in both of those matches would guarantee Liverpool’s first English top-flight title since 1990.

But if Manchester City lose at home to Arsenal on June 17, the Reds would be champions if they beat Everton.

Liverpool City Council’s safety advisory group will meet next week to make a decision on whether the game can go ahead at Goodison or should be moved to a neutral venue.

All remaining 92 Premier League games this season will be played behind closed doors, but there are fears that hosting the game in Liverpool could encourage supporters to congregate around stadiums.

The only other match that could be moved to a neutral venue from the first three rounds of fixtures is Liverpool’s visit to City on July 2.

The mayor of Liverpool, Joe Anderson, voiced fears that “there would be many thousands of people who would turn up outside Anfield” on the day Liverpool’s long wait for a league title was ended.

That has been disputed by the club, who said they have engaged with supporters’ groups to make sure social-distancing guidelines are followed.

Aston Villa will host Sheffield United in the first match of “Project Restart”, followed by Arsenal’s trip to City on June 17.

Manchester United’s visit to Tottenham will spearhead the first full round of matches spread over four days from June 19 to 22.

Premier League chief executive Richard Masters said: “We know it won’t be the same without our loyal supporters in stadiums but, together with our broadcast partners, we are able to ensure fans can watch or listen to each match live from home.”

“I am delighted we are able to take another positive step towards the season returning in just under two weeks’ time,” he added.