The death of an African American father of two who called out “I can’t breathe” while handcuffed in police custody in March has been ruled a homicide and the Mayor of Tacoma, Washington, Victoria Woodards, has called for the firing of police officers involved in the death.

Manuel Ellis, 33, died of respiratory arrest on March 3, 2020, in Tacoma, due to hypoxia and physical restraint, said Rich O’Brien, an investigator for the Pierce County Medical Examiner’s Office. Other factors that may have contributed to his death included methamphetamine intoxication and dilated cardiomyopathy, commonly known as an enlarged heart.

The autopsy report was released in the middle of nationwide protests against police brutality and racism, which erupted after 46-year-old George Floyd, who also screamed “I can’t breathe” died in police custody in Minneapolis on 25 May.

The family of Ellis held a vigil for him after the result of the autopsy was revealed. 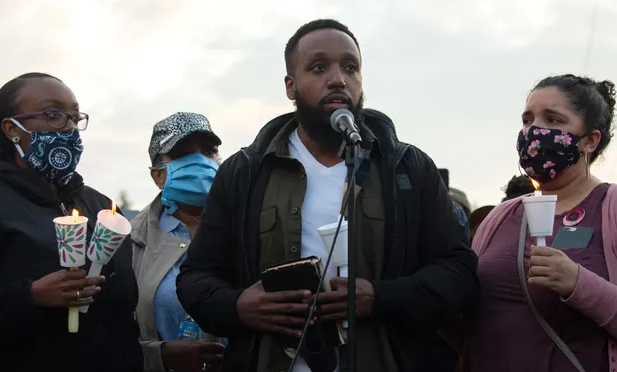 “Manny was taken from me, he was murdered,” Marcia Carter, Manuel Ellis’s mother, said during a press conference in Tacoma on Thursday, June 4.

She told the crowd that gathered on Thursday to mourn her son that she spoke to him about an hour before his death. He told her that he had just come from church and was feeling really good. She said the last words he said to her were: “Remember I love you.”

The Washington congresswoman Pramila Jayapal referenced Ellis’s death in a tweet Thursday in which she highlighted the need for accountability and justice for him and “for so, so many more Black Americans in states across this country who should still be alive today”. 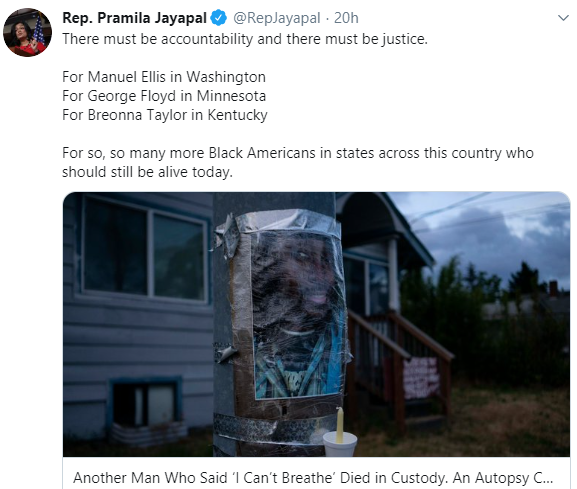 On Wednesday morning, the four officers involved in the arrest of Manuel Ellis were placed on administrative leave while the Pierce county sheriff’s department conducts an independent investigation of Ellis’s death.

The Washington governor, Jay Inslee, said that discovering the full circumstances surrounding Ellis’s death is a “top priority” for him.

“We will be pushing to make sure there is a full and complete investigation,” he added.

Meanwhile, the Mayor of Tacoma, Washington, Victoria Woodards, has called for the firing of police officers involved in the death.

Woodards said at a news conference late Thursday night, June 4: “I am demanding tonight that the Pierce County Sheriff review and confirm every action taken by each officer. I demand that the sheriff provide details of the actions of each officer on the scene and I am directing the city manager to fire each officer involved.

“The officer who committed this crime should be fired and prosecuted to the fullest extent of the law.”

Woodards stressed the importance of the video of the incident and called for the city manager “to move forward for allocating funding for body cams immediately.”

“We have waited way too long,” she said. 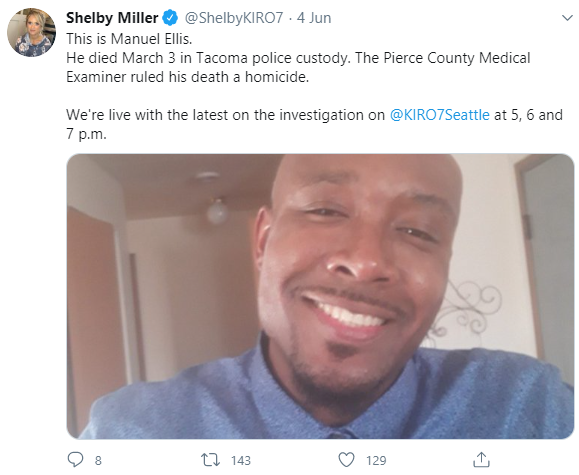 “I would also like to recognize the compassion and empathy our community has shown during this difficult time. We hear your anger, frustrations and hopes. I want you to know we continue to be committed to engaging with you on topics of safety, community policing and race, so that all people feel safe in Tacoma,” Ramsdell said.

Tacoma residents have taken to the streets to protest his death. They held placards referring to him as their own George Floyd. 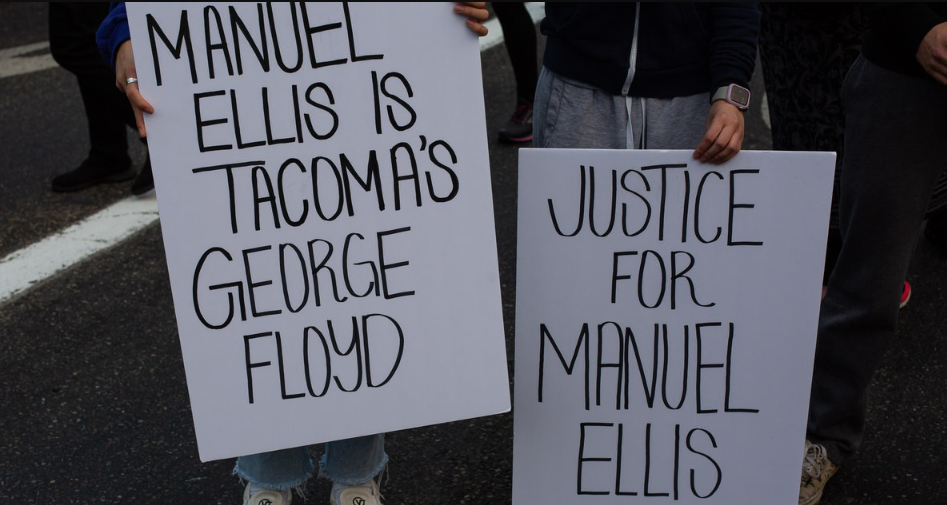 “The harshest of realities is George Floyd is right here in Tacoma, and his name is Manny,” attorney James Bible, who is representing Ellis’ family, told the News Tribune.