Manchester United striker Marcus Rashford has announced a further donation to his partnered charity FareShare, who are now supplying nearly three million meals a week to children in need across the UK.

The England international partnered with the food poverty and waste charity back in April, with the initial goal of raising £100,000 and feeding 400,000 children.

Those goals were swiftly passed, however, with over £20million raised, and nearly 300,000 children now fed each week.

The 22-year-old was recognised by the High Sheriff of Greater Manchester, Eamonn O’Neal, for “outstanding activity and contribution to the community” in May, and has now revealed yet another personal donation. 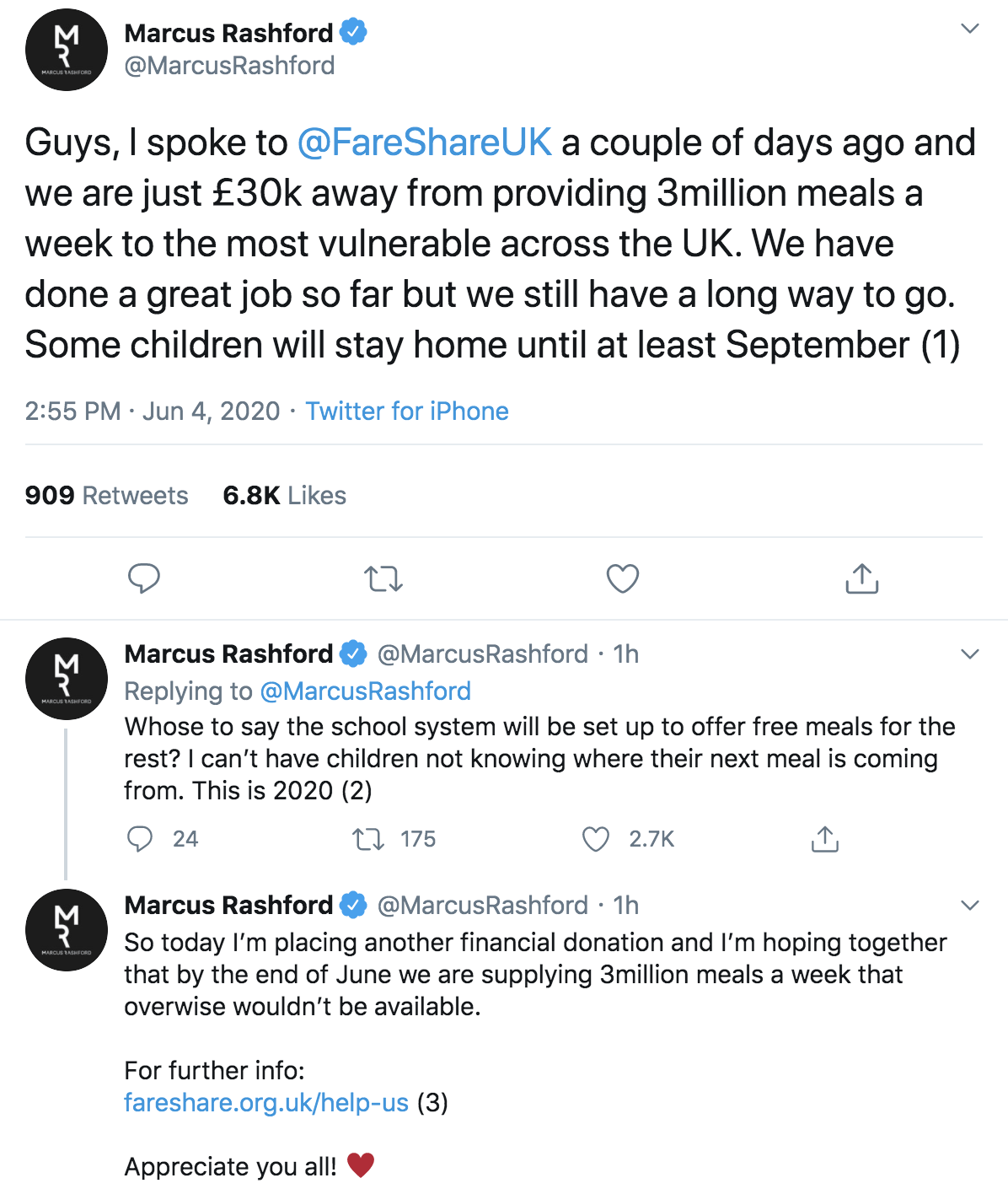 “Guys, I spoke to Fare Share a couple of days ago and we are just £30k away from providing 3million meals a week to the most vulnerable across the UK,” Rashford posted on Twitter.

“We have done a great job so far but we still have a long way to go. Some children will stay home until at least September.

“Who is to say the school system will be set up to offer free meals for the rest? I can’t have children not knowing where their next meal is coming from. This is 2020.

“So today I’m placing another financial donation and I’m hoping together that by the end of June we are supplying 3million meals a week that overwise wouldn’t be available.”