US House Speaker Nancy Pelosi has reacted to Donald Trump’s actions in the wake of George Floyd protests by holding a Bible at Capitol Hill after the president held a bible in front of St Johns Church in Washington DC for a photo shoot hours after protesters had vandalized sections of the church .

Pelosi’s remarks included quoting from the book of Ecclesiastes, and from comments by former presidents George H.W. Bush and Barack Obama, as they reacted to incidents similar to the death of Floyd, who died May 25 while in police custody in Minneapolis.

The speaker read the Bush and Obama quotes from notes placed inside the Bible
“There’s an appointed time for everything,” Pelosi began, referring to Ecclesiastes.

“’A time for every event under heaven. … A time to heal, a time to embrace and a time to shun embracing’ – how about that?” she said in the video posted on her officil Twitter page at Tuesday midnight. 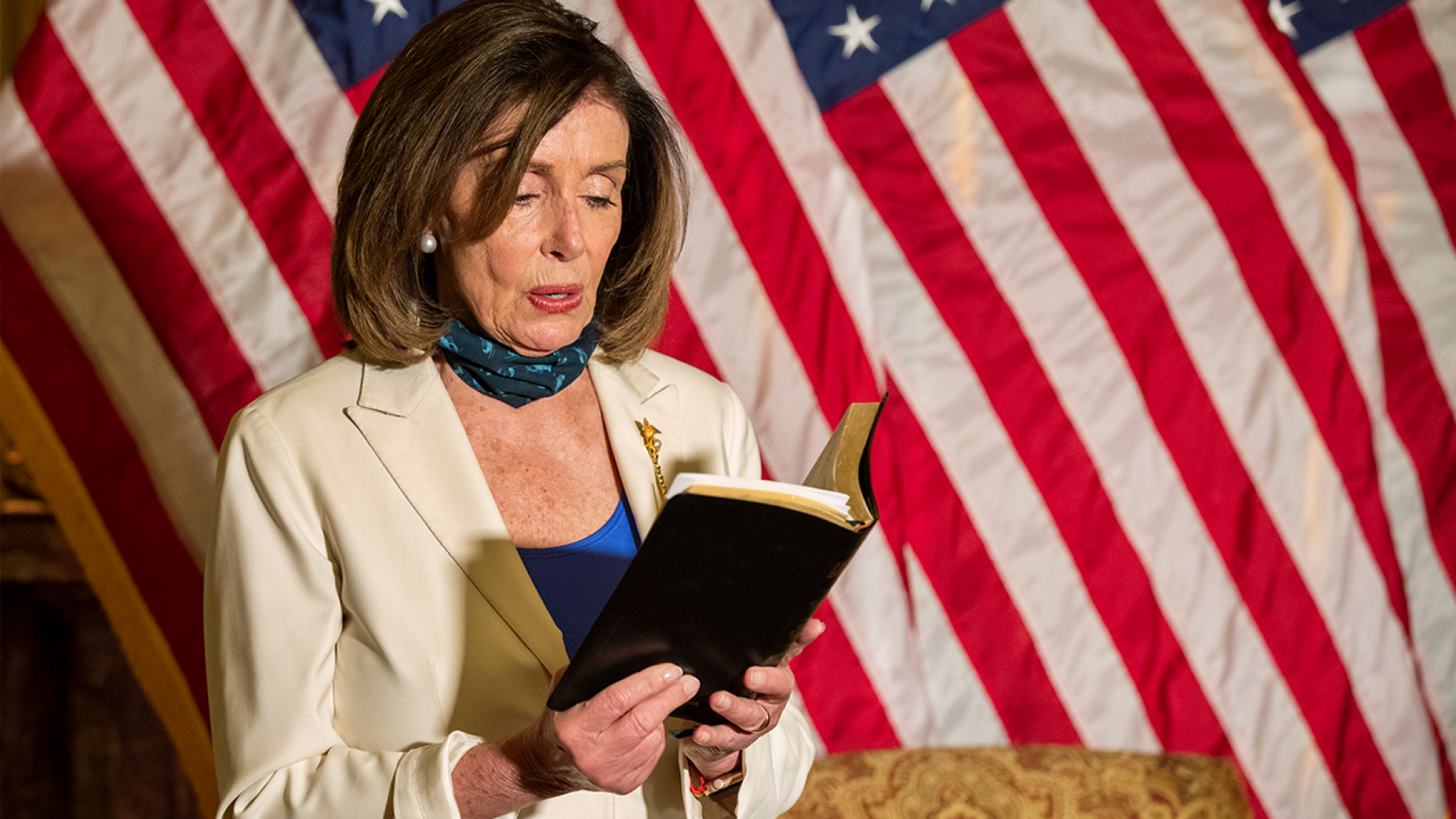 “Let’s focus on a time to heal,” Pelosi continued, adding that U.S. presidents have “a responsibility to heal.”

“We would hope that the president of the United States would follow the lead of so many presidents before him to be a healer in chief and not a fanner of the flame.”
Pelosi, still holding the Bible with notes papers inside it, then read a statement Bush made following the video showing the police beating of Rodney King in Los Angeles in 1991.

“Those terrible scenes stir us all to demand an end to gratuitous violence and brutality,” Pelosi quoted Bush as saying. “Law-enforcement officials cannot place themselves above the law that they are sworn to defend. It was sickening to see the beating that was rendered and there’s no way, no way in my view, to explain that away. It was outrageous.”
She then quoted Obama, from a statement he made in 2014, after the death of Eric Garner while in police custody in New York City in 2014.

“Right now, unfortunately, we are seeing too many instances where people just do not have confidence that folks are being treated fairly,” Pelosi read, quoting the former president. “And in some cases, those may be misperceptions; but in some cases, that’s a reality.

Pelosi later criticized the use of U.S. military police to clear out protesters so Trump could safely walk to St. John’s Church from the White House.

“Some people came out and beat them so they could clear the area so the president could come out and go forward. What is that? That has no place and it’s time for us to do away with that.” Pelosi said.

Now is the time to heal — to take action to address the pattern & history of police brutality and racial injustice in America. pic.twitter.com/HtlglNl2qE