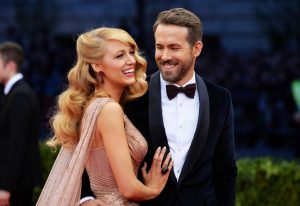 Blake Lively and Ryan Reynolds revealed that they have donated $200,000 (approximately £161,000) to the National Association for the Advancement of Coloured People following the death of George Floyd.

Floyd died last week after he was arrested and pinned to the ground by a police officer. Footage from the incident showed the unarmed 46-year-old telling the officers he could not breathe.

His death has sparked protests across the United States and around the world and has prompted many to donate to causes including the NAACP and the Black Lives Matter movement.

The celebrity couple revealed in an extended Instagram post that they felt “ashamed” that they had previously “allowed [them]selves to be uninformed about systemic racism” and said that they would be teaching their children “about our bias, blindness and our own mistakes.”

“We’ve never had to worry about preparing our kids for different rules of law or what might happen if we’re pulled over in the car,” Lively, 32, and Reynolds, 43, wrote in a joint statement shared on both of their Instagram accounts.

“We don’t know what it’s like to experience that life day in day out. We can’t imagine feeling that kind of fear and anger. We’re ashamed that in the past we’ve allowed ourselves to be uninformed about how deeply rooted systemic racism is.

“We’ve been teaching our children differently than the way our parents taught us. We want to educate ourselves about other people’s experiences and talk to our kids about everything, all of it… especially our own complicity.

“We talk about our bias, blindness and our own mistakes. We look back and see so many mistakes, which have led us to deeply examine who we are and who we want to become. They’ve led us to huge avenues of education.”

The couple, who married in 2012, said they have “committed” to raising their children James, five, Inez, three, and their youngest daughter, born in 2019, “so they never grow up feeding this insane pattern and so they’ll do their best to never inflict pain on another being consciously or unconsciously.”

They added: “It’s the least we can do to honor [sic] not just George Floyd, Ahmaud Arbery, Breanna Taylor and Eric Garner, but all the black men and women who have been killed when a camera wasn’t rolling.”

Lively and Reynolds concluded by telling followers of their contribution to the NAACP and sharing their “awe” for its leader Sherrilyn Ifill, before promising to “stay educated and vote in every local election.”

“But mainly, we want to use our privilege and platform to be an ally,” they wrote. “And to play a part in easing pain for so many who feel as though this grand experiment is failing them.”

Other stars including Chrissy Teigen, Steve Carell and Seth Rogan have pledged money to bail out activists arrested while protesting Floyd’s death.