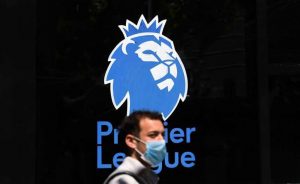 A total of ten Premier League clubs prefer to eliminate relegation if the season is unplayable and has to be permanently suspended.

The English League proposed a point average system, but most teams in the middle and lower reaches of the table prefer no relegation. Bournemouth, Aston Villa and Norwich are in the red zone.

The Premier League set June 17 as the provisional return date after the coronavirus pandemic that brought football across the globe to a standstill.

As a result, clubs are now preparing to return to competition after an imposed halt that nipped the competition in the bud, forcing players to stay at home, which could be seen in the performance on the pitch.

However, the teams have returned to training in anticipation of the date already marked on the calendar and following the British government’s authorisation to return, so the players are expected to regain their fitness in a couple of weeks.

However, the chances that the competition will have to finish  are still high, so many teams have asked for the elimination of the relegation in case the season has to be suspended definitively.

These would be most of the teams in the middle and bottom of the standings, as ‘Sky Sports’ points out. The source speaks of a total of ten clubs, although since the English League has proposed a system of average points from which to develop the final classification. Bournemouth, Aston Villa and Norwich are the teams in the relegation zone.