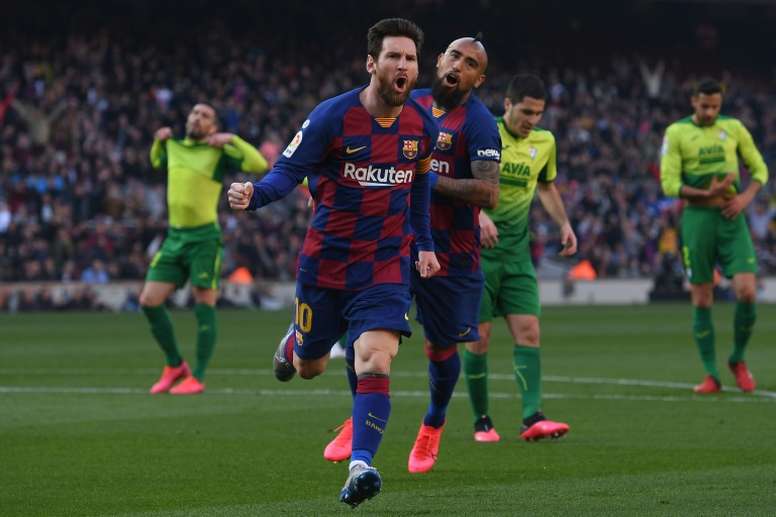 Lionel Messi is now only four clear at the top of the La Liga 2019-20 top scorers chart after she failed to score against Sevilla.

With the third game week after the coronavirus break completed, Messi is top with 21 goals, now only 4 goals ahead of 2nd.

Messi missed the start of the season but has managed to pull clear at the top. He was in fine form when he scored four times in a thumping 5-0 victory over Eibar in February but failed to score in his latest game against Sevilla. Benzema is 2nd with 17, scoring as Los Blancos beat Real Sociedad. 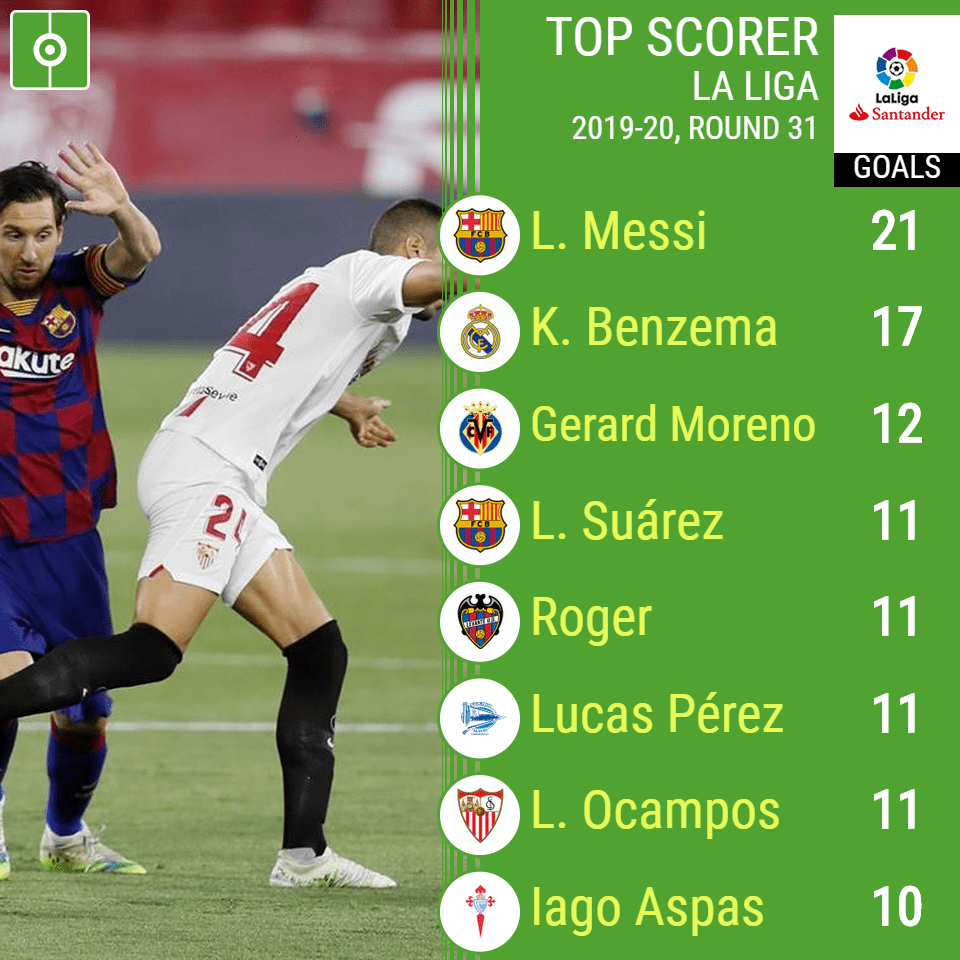 Gerard Moreno is 3rd with 12 goals, scoring in their matchday 30 game against Granada. Suárez is 4th with 11 goals. The Uruguayan is back from injury so could catch up with those above him. Lucas Perez remains level with Suarez while Roger and Lucas Ocampos are also joint fourth with the duo. Lucas Ocampos scored in Sevilla’s win over Betis.

Celta Vigo’s Iago Aspas is next with 10. He scored a penalty in the 6-0 win over Alavés.