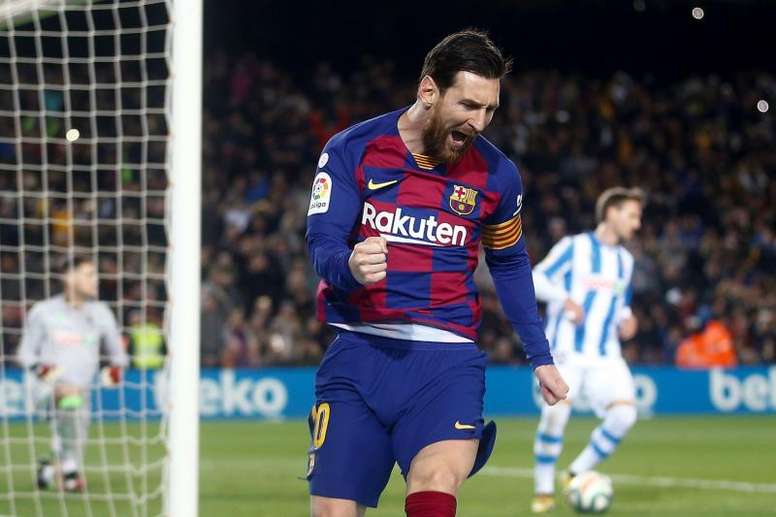 Leo Messi didn’t activate the exit clause which could have let him leave Barcelona this summer, so he will remain at the club until at least 2021, the year which his contract expires.

Good news for Barcelona. Messi (32) will remain at the club until at least 2021. The date to activate his exit clause expired on Sunday, according to ‘AS’, which affirm that this information was confirmed to them by the club and the player’s circle.

The Barcelona star would have left Barcelona as long as he told them before the 1st June, but it wasn’t in Messi’s plans at any time to change teams.

The Barca board have taken it as a sign for the renewal which unites Messi and Barcelona until the end of his career.

A renewal which will have to come soon, as his contract expires in June 2021. The last contract extension that he signed was in November 2017.

“I’ve said it many times, that my idea is to continue and as long as the club and the people continue to want that, there will never be a problem for me,” said the attacker in an interview with the aforementioned media before the start of the pandemic.

A few weeks ago, Messi, who admitted that the coronavirus creates enormous frustration for him, had to deny on his Instagram account a report about his trasnfer to Inter.

ALSO CHECK OUT
Germany Will Give Messi A Passport If Argentina Don’t Appreciate Him, Jokes Matthaus

12 days before La Liga resumes, Barcelona trained for the first time with 23 players in a session in which the new addition was Umtiti and in which a Messi could be seen who is more than ready to return.